Mike made his first jump in 1995 and became a parachute rigger apprentice under several Georgia riggers in 1998 before attending a full senior rigger course at Missouri River Valley Skydivers. After earning his Senior Rigger Certificate, 11 Shooting Stars Rigging Services was born.

The “11 Shooting Stars” name came from the night Stephanie and Mike spent lying out on the tarmac of the Cornelius-Moore Airport after a day of jumping. The future couple talked, flirted and dreamt as they watched the sky, counting 11 shooting stars that night. It later became the theme of their wedding: “11 Shooting Stars ago…they met, became friends and fell in love.”

11 Shooting Stars Rigging Service initially serviced the area’s aerobatic pilots as well as jumpers at local dropzones. As the business grew and later became a full-time rigging loft, the couple’s friend and Mike’s rigging mentor Danny Page suggested combining parachuting into the name. ChutingStar Rigging Loft came on the scene and at one time operated three rigging lofts in Georgia, Alabama and Pennsylvania.

Mike earned his FAA Master Rigger certificate in 2004 at the US Academy of Parachute Rigging under Sandy Reid. In 2007, Mike became the Designated Parachute Rigger Examiner for the Atlanta area and began hosting rigger training and testing for parachute rigger candidates from all over the world.

From 2005 to 2014, ChutingStar operated out of Skydive The Farm in Rockmart GA, capping off that 9 years with the 4-Day ChutingStar University Boogie focusing on educating low-experience jumpers on safety, gear and skills. We added our online warehouse operations 2009 and also served the DeLand, Florida, skydiving community from 2011-2015. In 2012, our warehouse operations in Marietta, Georgia, grew to include a walk-in skydiving gear shop, parachute rigging loft, indoor skate park and skate shop.

From 2012-2018, the skate side of ChutingStar was truly a passion project serving local skaters in our private, free-to-skate park. Kids would skate, bus and drive to The Star Skate Park & Shop. Community leaders would bring in kids after school to skate indoors and we even had a few skydivers hit the ramps reminiscing about their skater days. ChutingStar also partnered with our local church teaching skateboarding during the annual kids summer sports camp series.

At the end of 2018, ChutingStar closed the skate park to put all of our focus and energy completely on skydiving, skydivers and parachute rigging.

ChutingStar also travels to skydiving events all over North America every year bringing a traveling skydiving gear store with us to a drop zone near you.

For more than 20 years, Mike has been skydiving, rigging, writing articles and selling the best gear for skydivers! ChutingStar has evolved into a small community as a source of reliable information, unbiased advice, a wide selection of gear and great service.

And for the icing on top of the ChutingStar Cake, we have the absolute best crew of skydivers and outdoor enthusiasts working here who do exactly what you do every weekend: enjoy life to the fullest. And they want to make sure each of our customers is able to do the same. 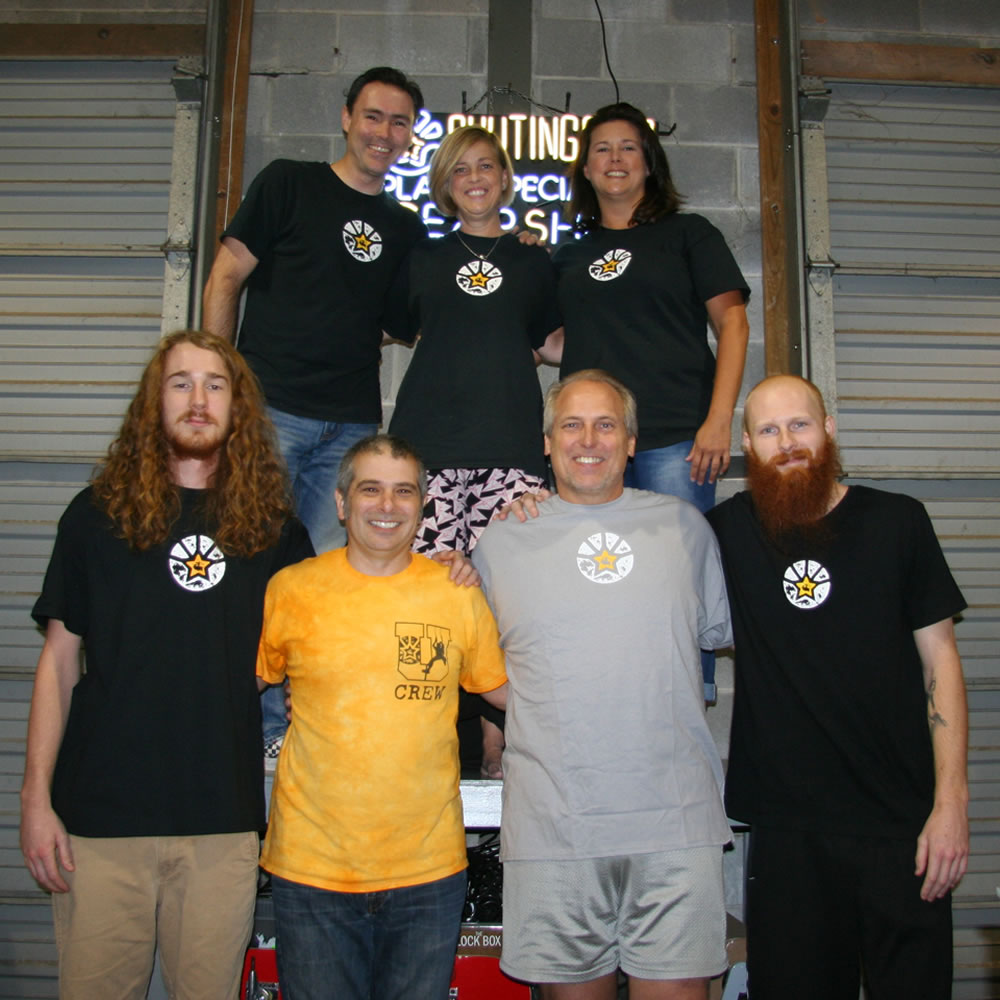